Research on competitive giving will shed light on impact on philanthropy

“We typically don’t talk about nonprofits in terms of competition, despite the fact that they are competing for resources,” Levine Daniel says.

“While nonprofits often have a negative view of competition, we wanted to explore its true impact.”

The team of SPEA researchers now have their chance, thanks to the charitable organization Brackets For Good. Each March, Brackets For Good hosts online March Madness bracket-style fundraising tournaments in cities around the country. Participating organizations all try to out-fundraise the others, with the winner receiving an additional $10,000. Since its inception, Brackets For Good has helped nonprofits raise $6.35 million.

With so much on the line, organizers at Brackets For Good wanted to ensure their program was setting up participants to succeed.

“We really needed an academic research approach,” says Matt Duncan, co-founder and deputy director of Brackets For Good. Duncan and his team turned to the School for Public and Environmental Affairs at IUPUI for help in designing evaluation questions that would create a more balanced bracket.

“The academic perspective allows them to say their process has been vetted through research scholars at a university, increasing credibility and notoriety in both the nonprofit and academic sectors,” Curley says. “This collaboration also allows Brackets For Good and SPEA to be on the leading edge of what’s happening in the nonprofit world with competitive philanthropy.”

Curley began reviewing the application survey for the tournament three years ago. She soon brought Levine Daniel and Walk on board, relying on their nonprofit expertise and leadership in SPEA’s nonprofit management courses to advance the project.

“We saw this as an excellent opportunity for research,” Walk recalls. “Current nonprofit literature already tells us how individual characteristics – such as gender, race, or religion – impact philanthropic giving. What we want to know now is whether there are softer forms of identity, such as a sports-identity or being competitive, that could drive or promote giving as well.”

The team began analyzing data and developing new surveys. They examined features such as a nonprofit’s mission awareness, its number of employees and volunteers, how much the organization had in its unrestricted fundraising budget, as well as its social media habits.

Student were also able to take advantage of this unique research and evaluation opportunity. Curley and Walk use the project in their classrooms as a learning tool for students spanning several majors, including Sustainable Management and Policy, Media and Public Affairs, Policy Studies, and Civic Leadership. Levine Daniel discusses the research in her courses, as well.

“This project provides students with an opportunity for experiential learning,” Curley adds. She points to the fact that students not only get hands-on experience in data and evaluation, they also learn about local nonprofits. “We approach it from this dynamic space of teaching students to learn about their community and be more engaged and involved, while also doing an evaluation for these organizations in a meaningful way.”

The initial findings from their research show commonalities among organizations that made the cut into the tournament. They rated higher on being tech savvy and were more active on social media. They had a higher amount of unrestricted funds and larger volunteer bases. In addition, organizations that had more community awareness of their mission were more likely to make it into the tournament.

“We’re building expertise and laying the groundwork for future research,” Levine Daniel says. “Now, when people think about competitive philanthropy, they will think about SPEA.” 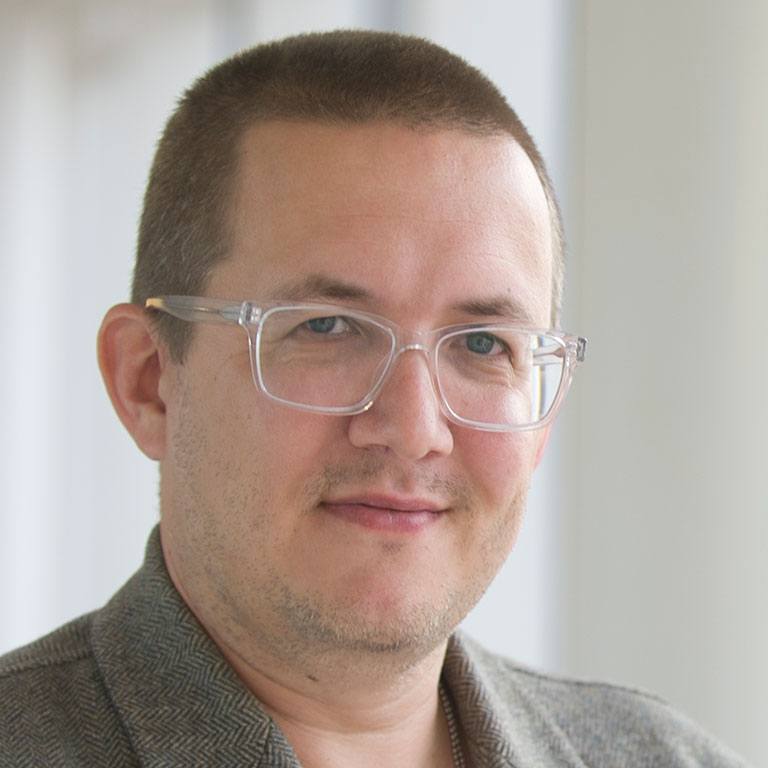 During his time as a senior fellow at the Midwest Center for Nonprofit Leadership, Fredrik O. Andersson has counseled hundreds of nonprofit professionals on how to improve performance and organizational effectiveness. He has also met with countless entrepreneurs who have great ideas for new nonprofit ventures. They all want to know the same thing: “Where can I find money for it?”

That ongoing query sparked Andersson’s most recent research into the funding intentions among nascent nonprofit entrepreneurs. His latest journal article, published this spring in the Journal of Public and Nonprofit Affairs, examines anticipated funding sources and amounts that budding entrepreneurs believe they’ll need as they formally launch their new nonprofit.

“I would make the argument that one of the most difficult things there is for anyone who wants to start a new organization is how to obtain and allocate resources,” said Andersson, an assistant professor of nonprofit management at the IU School of Public and Environmental Affairs at IUPUI. “There are so many different options for funding – individual donations, earned income, foundations, grants – and careful consideration of those sources is a key thing.”

Andersson collected data over the course of a year from 103 nascent nonprofit entrepreneurs who were participants in seven “Planning a New Nonprofit” workshops at the Midwest Center for Nonprofit Leadership. He found that the average number of sources in a funding portfolio was 3.12, with philanthropic grants (67 percent) and donations (57 percent) listed as the top two sources.

While philanthropic grants and individual donations are clearly considered an important source of start-up funding among nascent entrepreneurs, they emerged as critically important for those entrepreneurs who expected start-up costs to fall within the range of $5,000 to $20,000. Nearly two-thirds of respondents in this group expected the two sources to cover a majority of their capital needs.

“There is a perception – and the idea must have been shaped somewhere – that a lot of start-up money is coming from (foundations),” Andersson said. “The reality is that a lot of these nascent entrepreneurs intend to compete for philanthropic grant dollars they are unlikely to get.”

With his latest research, Andersson also discovered that previous start-up experience appears to play an important role when determining funding options for a new organization. He says those individuals who have prior experience starting a nonprofit are more likely to draw from personal savings, income, and credit cards.

These entrepreneurs’ intentions to utilize personal means and other funding sources, like angel investors or crowd funding, is a tactic that minimizes the need for external funding to allow the emerging organization to get going, according to Andersson.

“One interpretation of this finding is that experienced nascent nonprofit entrepreneurs are more aware, through learning, of just how difficult it can be to obtain funding from external financiers,” Andersson said.

Regardless of the funding source or amount, Andersson says it’s important for nascent entrepreneurs to think beyond money. He cautions them to be prepared for what happens if they don’t get the start-up capital they expected and to make contingency plans.

“Instead of buying a new building you work out of your home,” Andersson said. “Instead of buying equipment you borrow it from another organization. You partner and collaborate. Obtaining resources that are beyond finances is a critical element to startup success and should not be overlooked in the process.” 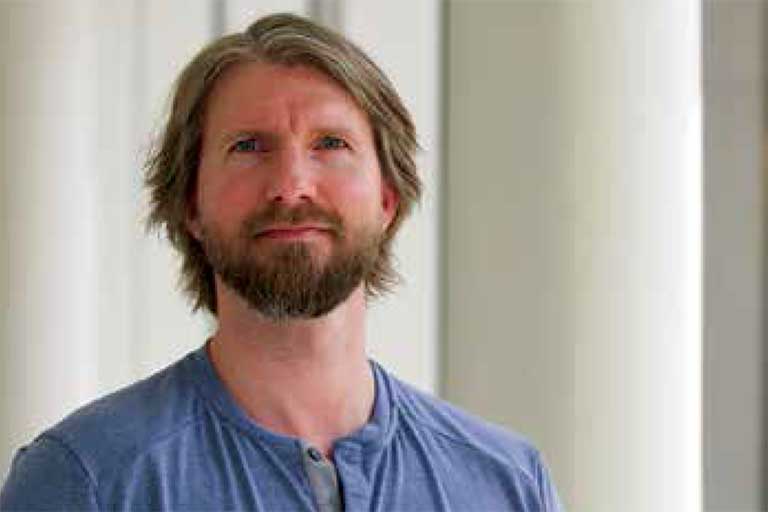 A review of a state program launched three years ago to improve recovery and reduce recidivism among felony offenders who have mental health or addiction issues shows the program is producing positive results.

“There are a lot of individuals in the criminal justice system who have a mental health or substance-abuse problem who are now getting the additional services they need,” said Brad Ray, co-author of the review. Ray is an assistant professor in the Indiana University School of Public and Environmental Affairs at IUPUI and director of the Center for Criminal Justice Research.

The Center for Criminal Justice Research, part of the IU Public Policy Institute, conducted the review of Recovery Works for the Indiana Family and Social Services Administration’s Division of Mental Health and Addiction, which manages Recovery Works.

Recovery Works was designed to provide criminal offenders with the help they need to address mental health or substance-abuse issues. Most of the offenders have no health insurance to pay for the evidence-based services they receive to aid their recovery and their ability to lead successful lives.

“Mental health or substance-abuse problems often interact with criminogenic and social risk factors that contribute to patterns of repeat offending,” Ray said. “If we can address these issues as thoroughly as possible, we should see fewer of them in the system.”

From November 2015 through May 2017, the program assisted 12,042 individuals. The majority were referred to the program by probation and parole agencies.

The typical client is a 34-year-old single, unemployed white male. Most clients have a high school degree or GED equivalent and an average annual income of $7,500.

The most common substances used by Recovery Works clients are alcohol and opioids. Approximately one-third of the clients have used needles to inject drugs, and 13.4 percent have shared a needle to inject drugs; among those who reported having used opioids, 29.6 percent reported needle-sharing.

Quotable & Notable: SPEA IUPUI and PPI in the news

These are not folks that are going to the liquor store and deciding if they want a Pinot Noir or IPA. … They are addicted to drugs, and they’re not picky in the drugs they use.

BRAD RAY in Fortune Magazine and the Indianapolis Star articles regarding the rise of fentanyl in drug overdose deaths.

The most left-leaning do-gooder and the most right-leaning capitalist both can see a reason to address income inequality and reduce opportunity disparity. If you don’t have enough thriving people, it’s hard to have a thriving company and thriving economy.

It's going to take partnerships between the city leaders, the community leaders, and frankly all of the citizens coming together. We just can’t keep doing the same thing and expect different results.

TOM STUCKY discussing an upcoming Public Safety Forum on violence in Indianapolis with WXIN and WTTV.