No road connects Afghanistan, Iraq, the Ukraine, and Bloomington, Indiana. But that hasn’t stopped Volodymyr Pihenko, whose professional and academic pursuits have taken him to some of the world’s most interesting places.

We caught up with the SPEA graduate in Kabul where an academic community is blooming . . .

Describe your work in Afghanistan?

How did you end up there and what are the living and working conditions for you?

I was referred by my former colleague at the American University of Iraq, Sulaimani (AUAS) where I taught in 2013-2014. There was also a vacancy announcement in the Chronicle of Higher Education.

We resumed regular classes on March 28, 2017. Now, most of us live in “containerized housing” on the university territory and we are not allowed to leave campus unless for [international] travel or emergency situations. We have a small department store on campus which is a part of a larger supermarket chain. If we need something that is not in the store, we could order this item, and it would be delivered by a specially appointed (local) member of the university staff. The same concerns other needs: a barber comes every two weeks and the tailor is also available.

However, I need to stress that we are lucky to have been able to create an academic and residential community that was supportive and with a positive attitude. We get together very often in the evenings outside of our container apartments and share our ideas, thoughts, and reflections on all imaginable subjects and issues of concerns from grading exams to collaborative research to places to go for the next break to the current international affairs and the situation in Afghanistan.

Overall, the life here is very challenging because of our very limited ability to leave the university premises. Yet, we can order transportation and go to one of the few places in Kabul for lunch or dinner (mostly international hotels with an appropriate level of security) which are to be approved by the university security director on the case by case basis.

How has your SPEA education helped in your career?

The answer to this question is very easy and absolutely clear – the joint Ph.D. program in Public Policy and Political Science, along with my work for the Parliamentary Development Project for Ukraine headquartered at SPEA at the time, have played a critical and decisive role in my future career as an international (legislative) development specialist, university professor, and a researcher.

Two questions about the future – what’s your sense of the future for Afghanistan and tell us about your own future?

It would be difficult to speak with any certainty about the future of Afghanistan. This country, unfortunately, faces all imaginable problems that a country which has recently declared its democratic aspirations can possibly have from corruption to drugs, from poverty to terrorist attacks, and from domestic violence against women to severe infrastructure, unemployment and illiteracy challenges.

However, there is a hope. This hope is in the eyes of my students who come to classes every day and often risk their lives just to do that. Despite all of the challenges, they are hardworking and eager to learn. My hope is in these students and, of course, in my very committed and dedicated colleagues.

I am planning on finishing my three-year contract (this is my second year now). If I am offered another contract with AUAF, I will most likely accept it, especially given that we now are really close to starting a new MPA program which we could not do before for many reasons beyond the university control.

Do you have any especially fond memories of people, places or events during your time in Bloomington?

Certainly, I have a great deal of good memories of people, events, and places during my time in Bloomington. Indiana University provides an exceptionally stimulating intellectual environment, excellent academic resources, and vibrant social and cultural life. As an example, about a week after I started my Ph.D. program in 1995, I asked my senior peer in the program if they go to Indianapolis for social and cultural life. The answer was very clear, and also formulated as a question: “Why would you want to go to Indy…..from BLOOMINGTON?!”

I do keep in touch with some of my former professors from both SPEA and the Political Science Department. And, as 20 years ago, they provide advice, guidance, and encouragement. 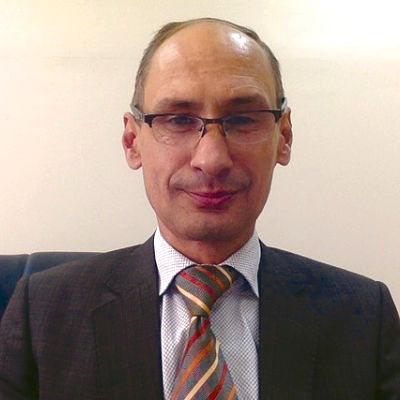